What I’ve learned, what I’ve accomplished,
and why you should do it too

First, a confession: this is not my first go ‘round with 100 paintings in 100 days. Surprised? I didn’t go public, no one knew, and I didn’t complete 100 paintings. After many (many!) years of not-painting, I had just gotten started again when I read about another, famous artist who had recommended it. What a great idea!

And, in fact, it was a great idea. I learned a lot about the paint itself. I learned to get over myself, meaning I accepted that I wasn’t making great art and to not over-think each brushstroke in fear of “ruining” a masterpiece. There were even a few pieces I thought at the time were pretty good. They’re still hanging on the wall at home and in the homes of friends and family. Most of them, however, were very mediocre and some were really bad. But I had taught myself enough that I wasn’t embarrassed to take some classes.

I continued to paint. A lot. But not consistently. I sought some critical input from Christaphora Robeers, a Richmond artist who has shown all over Europe and the U.S. I painted more. Last fall, I heard a talk by Noah Scalin about his Skull a Day project. Someone told me about Duane Kesier and his own Painting a Day project. So I decided to do the 100 paintings challenge again.

This time is different

This time, I made things easier on myself by working smaller. My paintings of the day are usually 5” x 7”. Some are quite a bit larger. I also made things more difficult for myself by going public. I told everyone I know what I am doing. I post each painting on my website and all over social media (Facebook, Instagram, LinkedIn). The interesting thing is that I’ve learned people are talking about my #100in100 challenge, they like seeing each day’s piece on social media, and a few people have even purchased paintings.

So by going public with my challenge, I’ve built myself a community of supporters – a totally unexpected benefit. I also think my painting is better.

Two more confessions: first, I don’t, in fact, paint every single day. I frequently take at least one day off on a weekend, which means I’ll be later than planned finishing the 100. I’ve also taken a few days off for travel and holidays. I discovered that the break is usually good for my painting.

Second, I’m not completely sure how many paintings I’ve actually completed. So far, I’ve painted around fifty or fifty-five, but every time I count, I end up with another total. Kind of embarrassing, but there you are.

In the end, though the total doesn’t really matter. I have no plans to stop.

Why should you do as I have done?

I’m not advocating you should paint every day, though I would certainly encourage you if you did. But I do think a big, fat, scary goal is definitely worth doing. If you go public with it, so much the better.

You’ll stretch and grow. You’ll get better at what you are practicing. You’ll find a community of people who have similar goals and of people who fwill cheer you on.

What better time than now?

0 comments on “The #100Paintingsin100Days Project” 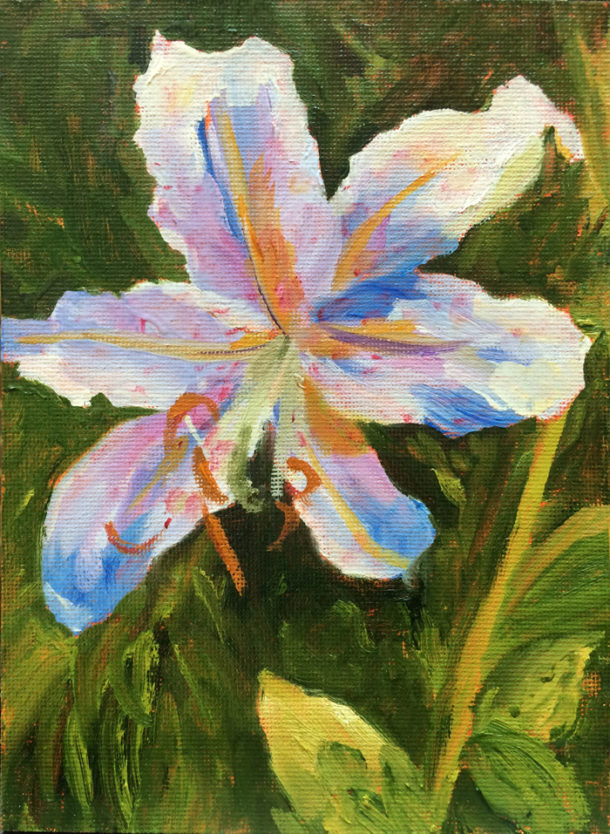 Join the growing number of Bart Levy Art fans and friends who get quick little emails showing Works In Progress (WIPs), from first sketches on canvas to finished painting.  When you join the WIP list, you get first dibs on new paintings and occasional updates on exhibitions and other art news.

Thank you for subscribing! I won't fill your inbox with junk only fabulous art. Promise!

Thank you for signing up!